Dark Knight Rises ...All About Bane! 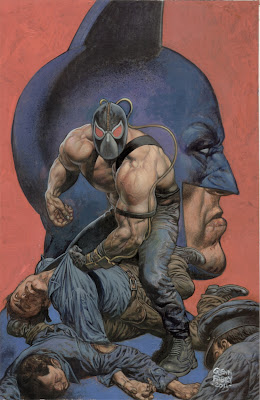 With Christopher Nolan's final Batman film, The Dark Knight Rises, opening today and some weird political controversy surrounding it's main villain, I thought I would inform those not in the know about just who Bane is. Let's disregard his terrible appearance in Joel Schumacher's craptastic bat-nipple filled Batman and Robin and tackle the character from the source material, comics. He was created by Chuck Dixon, Doug Moench, and Graham Nolan and first appeared in Batman: Vengeance of Bane #1 (January 1993).
The character of Bane was born in the fictional prison Peña Dura in the fictional Caribbean Republic of Santa Prisca. His father, a revolutionary, escaped the system and the corrupt government forced his young son to serve his life sentence. In prison, Bane spent his time learning and honing many skills. Growing up his dreams were often plagued by a demonic bat haunting him. He killed his first inmate when he was 8 and continued to assert his dominance becoming know as the king of Peña Dura prison. Those in charge of the prison noticed and forced him to become a test subject for a mysterious drug known as Venom. The experiments nearly killed him, but he survived and found that the drug greatly increased his physical strength, although he had to take it every 12 hours (via a system of tubes pumped directly into his brain) or he would suffer horrible side-effects. During this time he heard stories about Batman and became convinced that this was the demonic bat that haunted his dreams as a child. He believed that fate had set the two of them on a collision course, so he broke out of prison and made his way to Gotham City. In Gotham he broke all the inmates out of Arkham Asylum forcing Batman to spend months rounding them up exhausting himself. Bane observed Batman during this time eventually figuring out his secret identity. When he returned to the batcave, Bane ambushed him, beating him and breaking his back turning him into a paraplegic. Bane then declared himself the ruler of Gotham City. Bruce Wayne passed the mantle of the bat onto Jean Paul Valley, Azrael, who adopted a hi-tech batsuit. Valley became reckless allowing villains to die and shunning Robin as his partner. Eventually he came face-to-face with Bane and beat him nearly to death, severing the tubes that fed venom to his brain. Bruce Wayne eventually rehabilitated and returned as Batman and Bane later followed, now firmly established as an iconic bat-villain.
Beyond the comics Bane has appeared across all media from animated series to video games most recently making his presence felt in the Batman Arkham video games and CN's Young Justice... Oh! and of course...the reason I'm writing this...in Christopher Nolan's Dark Knight Rises played by Tom Hardy. 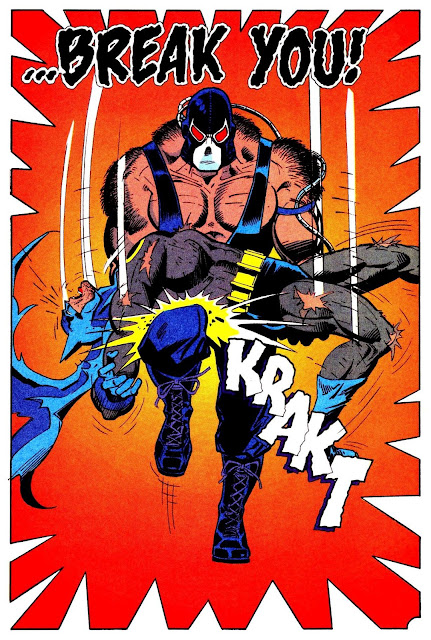 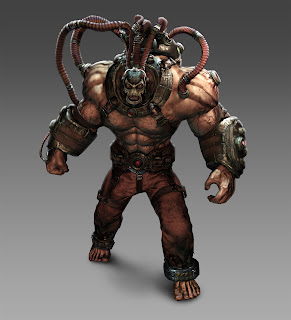 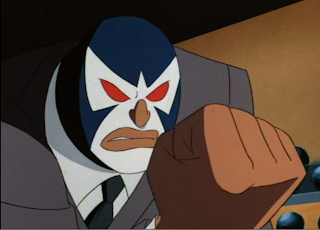 from The New Adventures of Batman and Robin 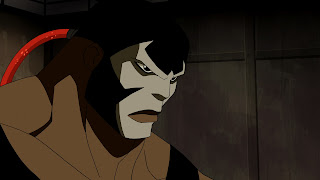 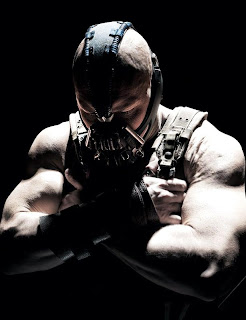 Posted by Brian James Fichtner at 12:09 AM