Today I present to you a list of what I consider the top 5 Animated series on TV today. This is of course my opinion, so feel free to comment and tell me what you think I missed or got wrong. My criteria is simple, the show can't be more than 5 years old and obviously must still be producing new episodes. So without further adieu... 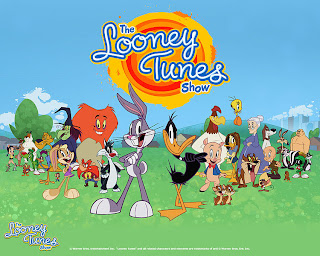 The Looney Tunes Show asks the all important question of what would happen if you cast Bugs Bunny and Daffy Duck in an odd couple-esque sitcom? The answer is HILARITY! Some viewers have stated that this is not your grandparents Looney Tunes, and its true, its not. Bugs is no longer the "Waskily Wabbit" we grew up with. Now, he's a smart down to earth straight-man to his over the top self-centered and crazy roommate Daffy. Daffy has become a sort of PG Eric Cartman, for those familiar with South Park, going to ridiculous extremes to get what he wants. In one episode he convinces Porky to give him his life savings for a surgery to save his life when really he just wants to buy a yacht. Their lives are populated by the characters you grew up with with a few minor changes. For instance, Taz is just as destructive, but now he plays the part of Bugs' semi domesticated dog. The stand-out in the series is Kristin Wiig's take on Lola Bunny. Lola was previously introduced in "Space Jam" and you only kind-of got the sense of her personality. Now she's played as a straight-up crazy Bugs Bunny stalker....and it works! The show is also made up of two short segments interspersed inside the 22 minute main story. Merrie Melodies has your favorite Looney's performing short music videos. To me only about 25% of these are actually good and is definitely the weak spot in the show. Wile E Coyote and the Roadrunner also show up in short CG segments. The 3D aspect of these are the only thing separating them from the Chuck Jones classics you grew up with and they make an enjoyable couple minute break from the main story. The series has been picked up for a second season so catch up now while you can. (TV-Y7) 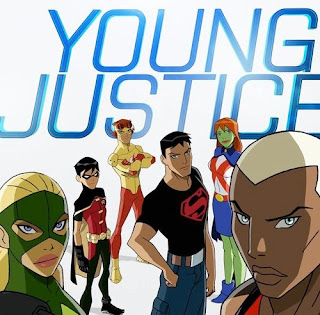 Young Justice is what would happen if the late 90's comic book series of the same name and the classic Marv Wolfman run of Teen Titans had a baby. The result is a beautifully animated, high-energy, superhero drama. The basic team starts as a twist on the original Teen Titans line-up, Robin (Dick Grayson), Kid Flash (Wally West), and Aqualad( a brand-new version of the character). Speedy (Roy Harper) also shows up but leaves in the first episode. They are quickly joined by Miss Martian (from the late 2000's Titans), Superboy, and Artemis (Arrowette). The series is an intricately spun tale that runs from one season into the next bringing you face to face with some of your favorite heroes and villains of the DC universe. Along the way new members join like Zatanna, Rocket, and Red Arrow (Speedy). Everything culminates in a deception that leaves you asking questions as the series leaps 5 years into the future directly into the midst of a major alien invasion for season 2. That's when things get even more awesome as our heroes grow up, such as Robin becoming Nightwing, and new characters are added like Wondergirl, Batgirl, Tim Drake's Robin, Beast Boy, Blue Beetle, Lagoon Boy, Impulse, and Adam Strange. The entire show is amazingly written and each episode is easy to follow and beautiful to look at. This is traditional animation at its finest. (TV-Y7) 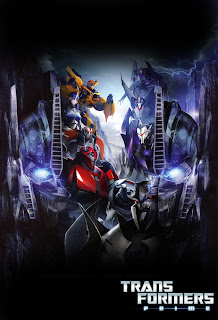 Dare I say that The HUB's take on the Transformers mythos(based on the toys from Hasbro of course) is even better than the original Generation 1 series? Yes, I think I dare. In my opinion, Transformers Prime is by far the best Transformers series ever written...yes even better than Beast Wars although the two are very close. The stories are written like any really great sci-fi series should be, progressing the on-going story week by week with  great dialogue, great character development, big budget style action, and giant frigging robots!!! Each weeks episode builds onto the last never leaving you feeling bored or confused. Yes, there are the human characters you can expect in any version of Transformers to help give the viewer someone to connect with, but this time they're not annoying, they're actually great characters that help the story progress rather than hinder it. The bots themselves are so well written you actually feel emotion when one is injured or possibly dead..heck you even feel the pain in their tragic back stories and these are ROBOTS THAT TURN INTO CARS!!! The writers of this show could make you care so much about your toaster that you'd hesitate to make toast without shedding a tear...and its all in the name of selling toys. (TV-Y7) 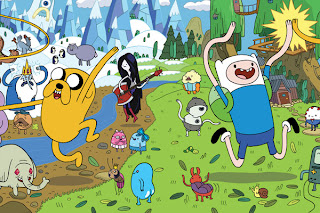 Adventure Time is a super weird, colorful, psychedelic explosion of awesomeness. It stars Finn, a 14 year old human boy and his dog/adopted brother with super stretchy powers, Jake. They inhabit a post apocalyptic Earth that has refound magic and adventure living throughout it. They live in a tree house that any self-respecting 10 year old boy would want and spend their days fighting monsters, sorcerers, zombies, and the like. Although the show looks primitive in design, it bursts with high quality, and funny, stories that leave you talking about them for days. (TV-Y7) 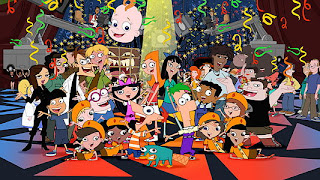 Like Looney Tunes, Bullwinkle and Rocky, and Animaniacs before them, Disney's Phineas and Ferb has found a way to reach every generation with humor that everyone gets. No matter if you're 2 or 102 there is something in this show you will enjoy. The series revolves around two elementary school age boys who spend their summer days doing incredible things like building roller coasters, giant fighting robot tree-houses, animal translating machines, backyard beaches, and giant water slides to name a few. Their older sister Candace is constantly trying to bust them for things they wouldn't really mind if their Mom found about, but alas just when you think they'll be busted, something happens to make their creations disappear. The show also follows their pet platypus, Perry, who moonlights as super-secret Agent P and his battles with the mad scientist Dr. Doofensmirtz and his many "inators". Each episode also features a song that's so catchy you'll find yourself humming it for days. Phineas and Ferb inbodies everything a cartoon series should be and wraps it up in a hilarious fun for all ages package.
Posted by Brian James Fichtner at 12:06 AM 3 comments:

Today we spotlight one of my all-time favorite comic book illustrators, best know for his work on Marvels X-books, Chris Bachalo. Enjoy! 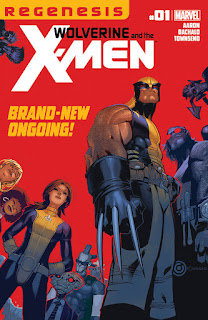 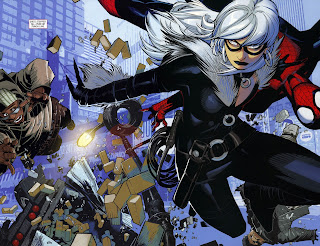 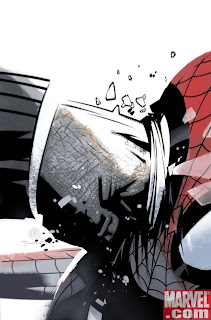 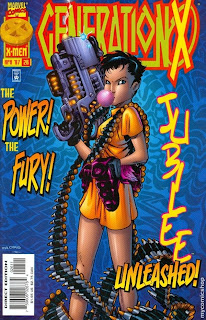 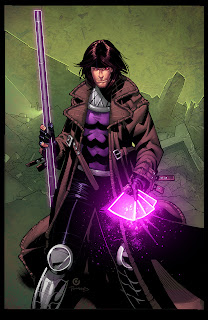 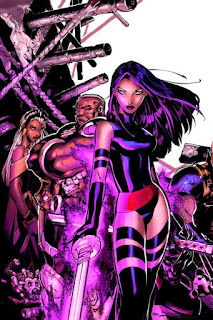 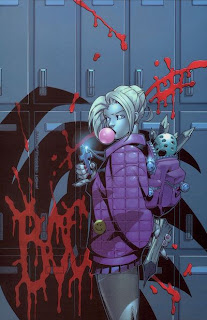 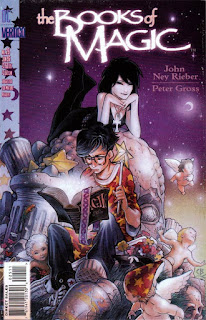 Posted by Brian James Fichtner at 3:54 PM No comments:

On this date in 1944 the Allied forces took German forces head on in what would be known as D-DAY. So in honor of that date I bring you a great propaganda cartoon from a year earlier (1943 for those bad at math)Daffy the Commando. Watch Daffy take on German forces and even Hitler himself, and remember this cartoon is from a different time, don't judge it based on todays culture...Enjoy!

Posted by Brian James Fichtner at 8:49 PM No comments:

Todays spotlight is on Brian Froud the creative genious behind the look of Jim Henson's Labrynth and The Dark Crystal. He is also famous for his books Faeries and Goblins. 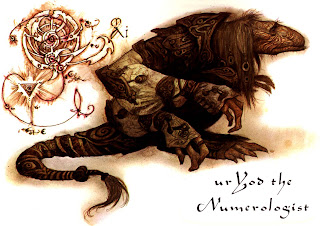 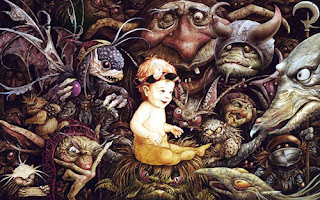 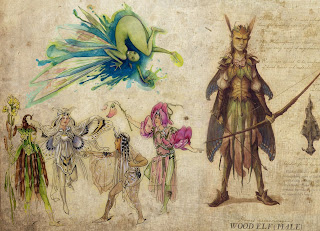 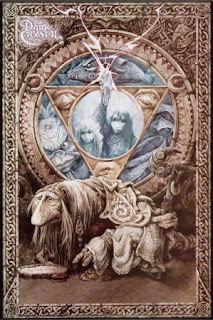 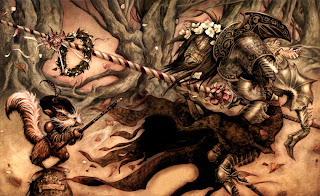 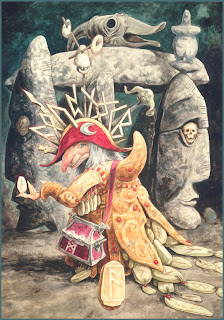 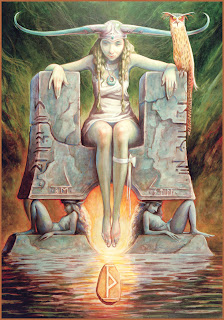 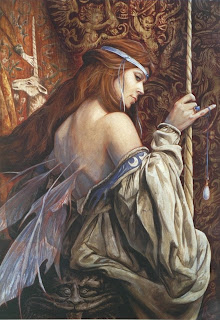 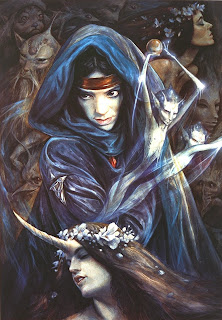 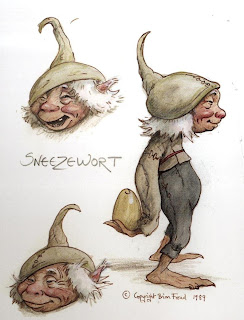 Posted by Brian James Fichtner at 12:18 AM No comments: