Welcome to the first installment of Amazing Cosmic Powers' Star Wars Weekends. When it comes to artists that influenced the look of the Star Wars galaxy, no one influenced it more than Ralph McQuarrie (June 13, 1929 – March 3, 2012). In fact, it would be a very very different place. Ralph designed the looks of Darth Vader, Chewbacca, R2-D2 and C-3PO and created the looks for many of the film's sets. It was his idea that Vader wear a breathing apparatus.  Many of his vivid and imaginative paintings helped convince 20th Century Fox to fund Star Wars. He would then move on to design the look for The Empire Strikes Back and Return of the Jedi. 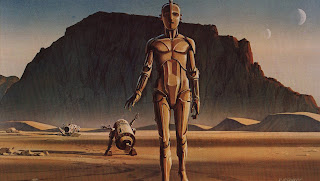 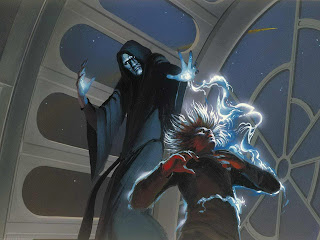 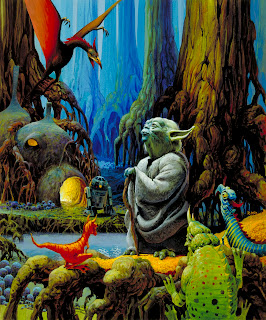 Posted by Brian James Fichtner at 12:29 AM