The countdown rages on with Clint Barton, otherwise known as Hawkeye. For those that aren't familiar with the Avengers comic books, Hawkeye may be a new character to you but he actually made his first appearance way back in Tales of Suspense #57 (Sept. 1964) and was created by Stan Lee and Don Heck. He officially joined the Avengers in Avengers Vol. 1 #16 (May. 1965) and has been a prominent member of the team ever since. Hawkeye has no superhuman powers but makes up for it as an exceptional fencer, acrobat and a grandmaster marksman particularly proficient with the bow and arrow. He was trained from childhood in the circus and by the criminals Trick Shot and Swordsman. He has also spent time under the guise of the heroes Goliath and Ronin. 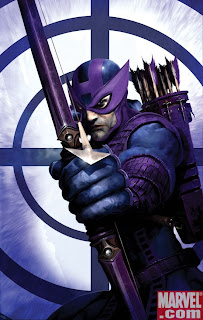 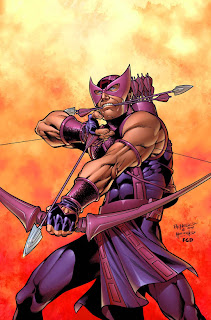 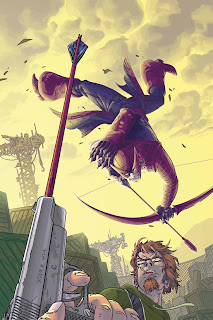 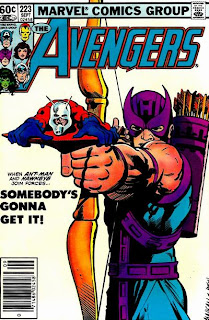 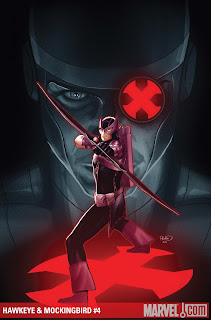 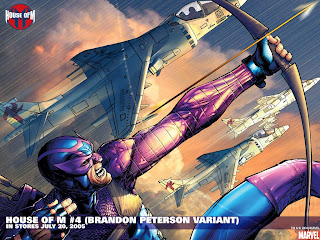 Posted by Brian James Fichtner at 12:57 AM