On January 17, 1929 the world famous Popeye the Sailor Man made his first appearance in E.C. Segar's comic strip Thimble Theatre. The strip had previously been published for ten years establishing the town of Sweethaven and characters like Olive Oyl and her family. But it wasn't until Popeye showed up that it really hit its stride. He became so popular infact that the strip was officially renamed Popeye after a number of years and runs in syndication to this day. In 1933, Fleischer Studios adapted the character into a series of theatrical cartoon shorts for Paramount Pictures. These cartoons became some of the most popular of the 1930s, and the Fleischers, and later Famous Studios, continued production through 1957. After the theatrical shorts stopped, Popeye made the leap to television starring in several different shows over the years. In 1980, he returned to the silver screen famously portrayed by Robin Williams in the live action film bearing his name. Popeye continues to be a pop culture icon appearing on spinach cans, theme park rides, and a plethora of merchandise. Happy Birthday Popeye!!! 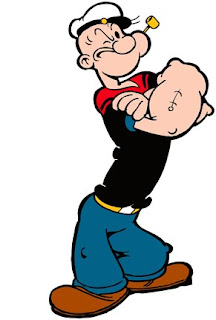 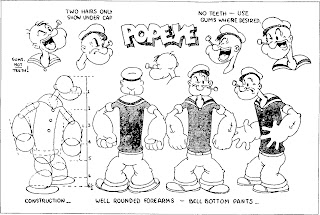 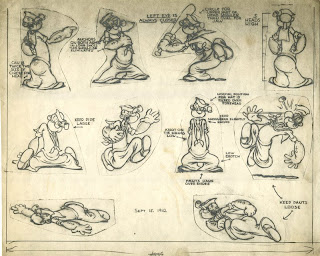 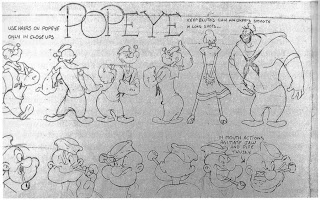 Posted by Brian James Fichtner at 8:46 AM