This month way back in 1962 the world was introduced to a familiar wall crawler in Amazing Fantasy #15. The story was by Stan Lee with interior artwork by Steve Ditko and a cover by Jack Kirby. The series was about to be canceled so the powers that be let Lee try out a crazy idea, a teenage superhero (not a sidekick) who had real life problems to deal with. The issue became such a huge success that ol' Spidey was given his own title, The Amazing Spider-Man in March 1963. Today he's one of the most popular characters in the world with movies, cartoons, horrible live-action tv shows, books, magazines, themepark attractions, and toys bearing his likeness. Happy Birthday to our friendly neighborhood Spider-Man. 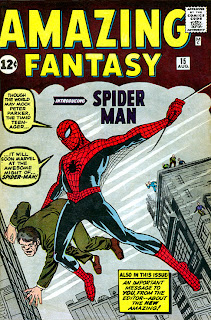 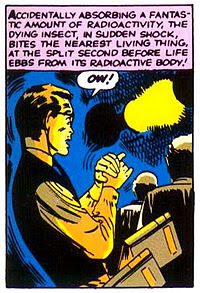