On April 18th 1938, Action Comics #1 arrived in stores bearing the cover date as June 1938. This comic, by Jerry Siegal and Joe Shuster, marked the first appearance of the worlds first and greatest superhero, Superman! Since that first issue, Superman has gone on to conquer not only the world of comics, but radio, television, broadway, movies...and just about anything else you can think of. It would be hard to find a person on this planet that hasnt at least heard of him. It was the popularity of Superman that led to the creation of the superhero genre with literally thousands of characters created over the last 70+ years. So...Happy Birthday Superman!!! 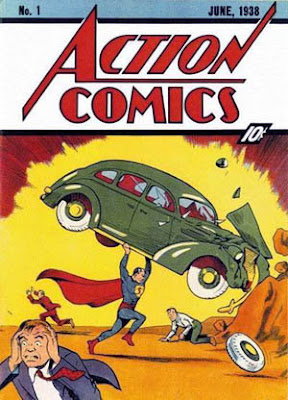 Posted by Brian James Fichtner at 11:28 AM