On October 14th, 1926 one of the most celebrated literary and film characters made his debut on the printed page, that tubby little cubby Winnie the Pooh. Well to be honest Pooh showed up in short stories printed in various magazines from 1924 on. But it was the actual book Winnie the Pooh that shot him to stardom and was released on this date. Of course we cant forget that this amazing book, by the incredible A.A. Milne and illustrated by E.H. Shepard, also saw the debut of Piglet, Eeyore, Owl, Kanga and Roo. Tigger would'nt show up until the sequel A House at Pooh Corner.  So since I cant give everyone a smackeral of hunny, I'll give you the next best thing, some original Winnie the Pooh illustrations by E.H. Shepard. Enjoy!!!....oh and one other thing, be sure to buy Disney's newest traditionally animated movie, Winnie the Pooh on DVD and Blu-ray this Tuesday. 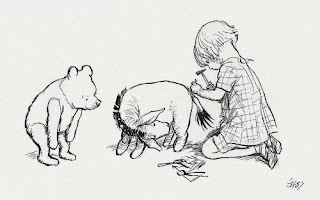 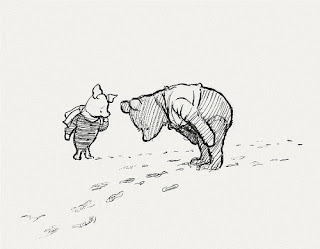 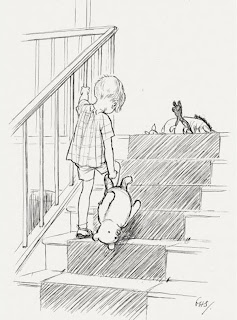